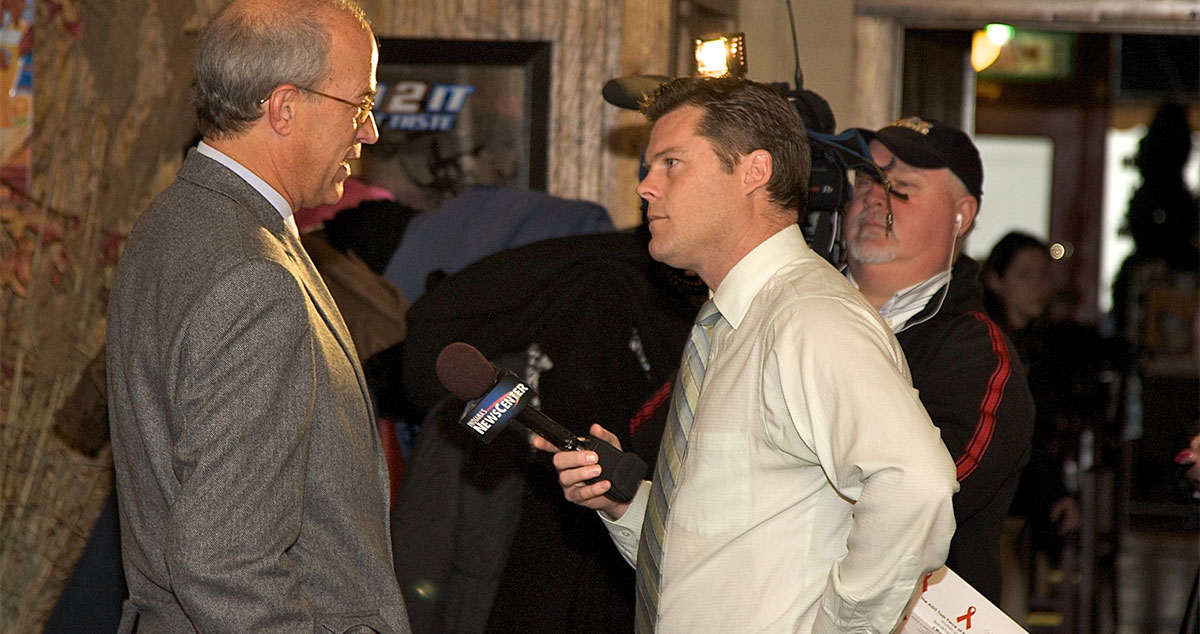 The mission of the Northeast Indiana Positive Resource Connection is to prevent new cases of HIV, AIDS, Hepatitis, and STDs and advance a compassionate and stigma-free community response

The following is taken, in part, by “WHAT CAN WE DO TO HELP? Recollections of the Founding of the AIDS Task Force of Northeast Indiana” written by Gregory Manifold. Manifold was a founding, long-term member of PRC, then called the AIDS Task Force. He also served as Executive Director for several years.

In the early winter of 1985, a woman named Bea Harris brought her brother Steve to Fort Wayne to live with her and her three teenage children after he became quite sick from AIDS in Chicago. She knew nothing about AIDS, how to care for him, or how his illness would affect her family. Bea and her brother needed help.

After a few phone calls, a group of 15 volunteers met in Jack Ryan’s office to discuss AIDS, how to help Bea, and what Fort Wayne needed to do to prepare for more AIDS cases. These first volunteers immediately recognized they needed to educate themselves and then educate the community on HIV and AIDS. They identified community resources that could assist HIV-positive people in Fort Wayne, and they got involved with patients and caregivers.

By the end of 1985, the group attracted 35 to 50 people, held monthly meetings, and had its first educational conference which 200 people attended. A support group for Persons with AIDS (PWA) met monthly, and a family support group met twice a month. In one of its most important roles, the group spent many hours with AIDS patients so families and loved ones could get rest.

Over the next year or so, the group incorporated, obtained a not-for-profit status from the IRS, developed bylaws, elected a board, and wrote its first grant. The group also had long discussions about a name. According to Jack Ryan, the group settled on AIDS Task Force in the hope that the need would be short-lived for such an organization until a cure was found. (Jack Ryan, “The Story of the AIDS Task Force, Inc.”)

Over the past 30 years, the AIDS Task Force underwent changes as its focus and mission grew. In 1990, the AIDS Task Force hired its first care coordinator and in 1989 purchased a residential facility for persons with AIDS. In 1995, the AIDS Task Force expanded to serve 10 additional counties in northeast Indiana, becoming not only the oldest but also the (geographically) largest AIDS service organization in the state. Educational staff were hired and in 1997 began providing HIV testing.

In 2015, the agency changed its name to Northeast Indiana Positive Resource Connection. This change positions the agency to remain relevant, accurately reflects the work that is being done, and reduces barriers for people needing services. Today, the Positive Resource Connection serves 400 people living with HIV, educates 8,000 people a year, and tests more than 1,500 for HIV. In 2016, the agency expanded its services to include syphilis and hepatitis C testing. We also implemented a new program working with clients who are not adhering to treatment and to provide HIV testing targeting substance users.

For information on how you can pick up a free copy of “WHAT CAN WE DO TO HELP? Recollections of the Founding of the AIDS Task Force of Northeast Indiana”, please contact the Positive Resource Connection.